A nine-month-old baby was born with Tracheo-Oesophageal Fistula (TOF) –  Oesophageal Atresia (OA). The mum of a baby boy born unable to swallow has spoken out to highlight his rare condition – this is the pipe that allows food and drink to travel into his stomach has a gap in it.

AT 34 weeks in May last year 2019, after a routine scan the Medical Staff noticed that the tot was carrying too much fluid.

Fearing he might not survive the pregnancy doctors told terrified parents Mum, 34 and Dad, 27, they would need to perform an emergency C-section immediately.

MUM said: “As soon as James was born I heard him cry, but when Sonny came out he didn’t and they had to resuscitate him. It was absolutely terrifying. “The couple, who are also parents to three-year-old Isla, were both delighted to discover they were expecting twins back in December 2018.

But during a routine scan at 28 weeks medics discovered abnormalities with Sonny’s fluid and told the couple they suspected their babies had the potentially fatal ‘Twin-to-Twin Transfusion Syndrome’ (TTTS) – meaning it was unlikely both twins would survive the pregnancy. MUM said: “TTTS is really dangerous, so we knew that if that was the case it was likely that only one of the boys would survive, but we were very confused because that only occurs in identical twins and we had already been told at our first-ever scan that they were not identical.”

Despite the couple’s reservations about the diagnosis, doctors continued to treat them for TTTS, monitoring the babies with scans every 72 hours. It was at one of those scans that doctors discovered Sonny’s fluid levels were dangerously high and they decided to deliver the babies there and then.

MUM added: “Basically I was at very high risk of going into early labor which would be far less controlled, which is dangerous, but with twins, it’s even worse. “We were both terrified. I just remember laying on the bed, but I was behind a curtain, but James could see all the staff in the room and he said there were dozens and dozens of them. I’m glad I couldn’t see because I was already terrified.”

Following the birth baffled doctors still could not work out why Sonny’s fluid levels had been so high – until they tried to fit both boys with feeding tubes.

MUM said: “James’ went down no problem, but when they tried to fit Sonny’s it was coming back up. They did some more tests and that’s when they discovered he had TOF-OA Doctors explained to the shattered couple that their youngest child had been born with the rare disorder which meant he was unable to swallow.

MUM said: “We had never heard of it so we were just shocked and scared and obviously confused. The doctors were saying ‘he can’t swallow’ and I just couldn’t wrap my head around it. I mean, how can you not swallow? It was devastating.”

But MUM, a journalist, and DAD, a welding inspector, were dealt another devastating blow when medics told them that their beautiful baby boy would have to undergo surgery at just two days old.

The family was then transferred to Edinburgh Royal Hospital for Sick Children for Sonny to undergo a six-hour surgery to repair his esophagus.

She said: “It was the most horrendous six hours. It felt like a fortnight. Just sitting waiting to find out if your wee baby is going to be ok. We are lucky though because the gap in Sonny’s esophagus was relatively small so they were able to operate quickly. But some babies have bigger gaps and they have to wait months to see if the esophagus grows and the gap closes. ”

The operation was successful, but MUM says the effects of TOF-OA will impact Sonny for the rest of his life.

MUM added: “We feel very grateful that the surgery was successful, but we also know that Sonny will have to be careful for the rest of his life. He will always be more susceptible to chest infections, reflux, and coughs. He will always have to watch what he eats because although his esophagus is now joined, it will always be narrow at that repair, so he will be more susceptible to choking. It is very scary as parents because we are currently weaning the boys and we have to be incredibly careful about what we give him to eat.”

This week marks National TOF-OA Awareness week (February 24 to March 1) and the Parents are speaking out to plead for more research into the condition.

She said: “It’s so important for women going through multiple pregnancies that TTTS isn’t automatically assumed. I didn’t feel as though any further investigation was done which may have led to the discovery of Sonny’s condition while I was pregnant. 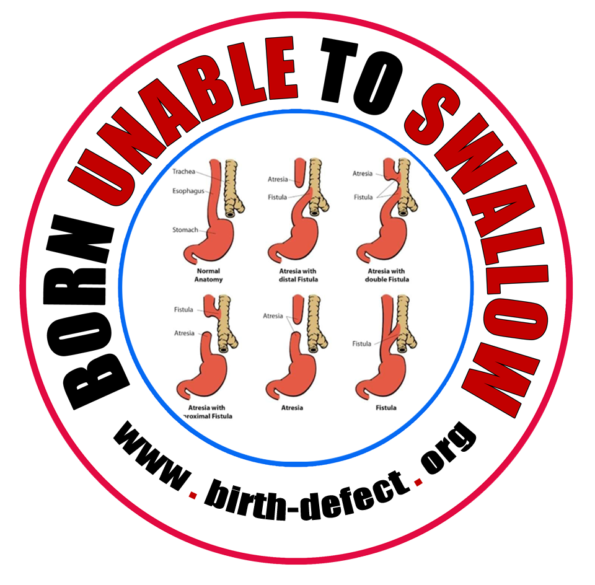