This is about my son, Oliver Andrew Nicholson.

He was courageous, extraordinary, and strong-willed. When I found out I was pregnant with twins I was so excited, but my pregnancy quickly became concerning. At my 26 week appointment, I was told that Oliver’s growth difference from his twin, Atticus, was not good. I was told to prepare a bag for my 28-week appointment because I may need to be on hospital bed rest.

A 28-week delivery gives your child a 3 percent chance of survival and with Oliver struggling to get bigger his chances would have been even less than that. I’m glad to say I surprised my doctors and made it to 33 weeks. The same morning I was put on hospital bed rest (at 33 weeks), my water broke (October 11th, 2019). After a 30 minute long ultrasound in which Oliver did not move and had no fluids in his sack, I was rushed for an emergency C-section.

I was told to prepare for the possibility he may not make it, but he had a heartbeat and that was a good sign. I remember Oliver’s little cry as they pulled him out. I remember them saying “Hi, you just want to see your new world don’t you?” Because he came out with his eyes wide open ready to greet the world.

We quickly discovered Oliver had VACTERL association and had a long gap TEF. Oliver had a total of 3 fingers (2 on his right hand and 1 on his left), right aortic arching heart, his aortic artery was very close to his esophagus, only one kidney, pig bronchus, TEF, complicated anatomy, some issues with a narrow airway and a few other anatomical issues. Both of his vocal cords became paralyzed and I thought I’d never heard my little boy’s voice again.

After 5 months in the NICU, two failed TEF repairs (one where the scar tissue from his heart ripped open), and getting a spit fistula, he finally came home. Covid pushed back his TEF repair multiple times and in that time my little boy learned to talk.

He learned to scoot on his butt, dance, laugh, build LEGO with his Daddy, wave, and stand. On January 11th, 2021, Oliver finally had his TEF repaired. After a month of ups and downs, recovering in the hospital, Oliver came home on February 3rd. He spent 2 weeks at home living his best life with his twin.

On February 17th, 2021 Oliver had a scope and dilation on his surgical sight from January. I didn’t take off work that day because it was just a routine procedure and so my husband took him. 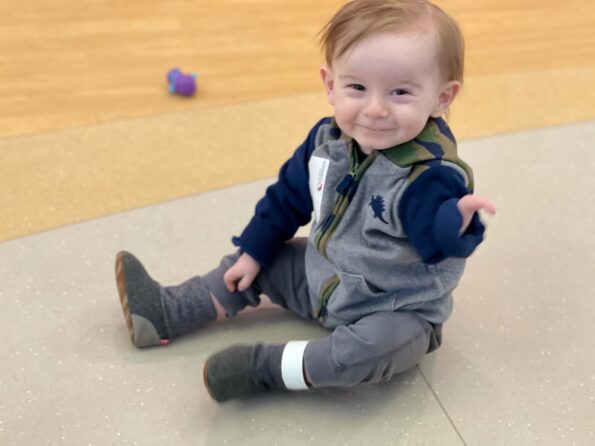 At 1 pm Oliver went back for his scopes and of course, they discovered he needed a dilation. At 4:30 pm his TEF/EMT doctor walked into the OR to check on him and they just happened to start his dilation right then.

Oliver started to bleed and once his Doctor realized something was wrong he immediately took over performing CPR, calling the code, and getting together a team. At 5:20 pm as I was playing with his twin on the floor at home, my husband called me. I rushed to the hospital where I was greeted by a lady with an ashy cross on her forehead because it was Ash Wednesday.

My husband and I were in the OR as they tried so hard to save his life. He had 10 blood transfusions and multiple shots of epinephrine. 10 minutes after I got in the room Oliver finally flat-lined and they called it at about 6:35 pm.

It normally happens after heart surgery or more commonly when a child swallows a small watch battery. Oliver’s aortic artery attached to his esophagus and then a fistula started to form where it attached. Any pressure would have caused the fistula to have opened up causing blood to pump into his esophagus. This terrible thing could have happened at any time – at home, in the car, overnight, playing with his twin, with his nurse, or grandparents.

The only lucky part of this is that it happened in a place where he had some chance to be saved and where he was asleep and didn’t feel anything. Oliver is my hero. He taught me how to smile despite what the world throws at you.

This little boy was always happy and greeted his surgeons with smiles. Everyone who met him loved him and he just melted the hearts of everyone. The world is a better place because Oliver was in it, even though he only got 16 months. Despite everything that happened, I love Oliver’s doctors because I know if they could have saved him they would have. I also know they gave me the best 16 months I could have with him.

Hopefully, his story can help someone someday.

I love you, Oliver. 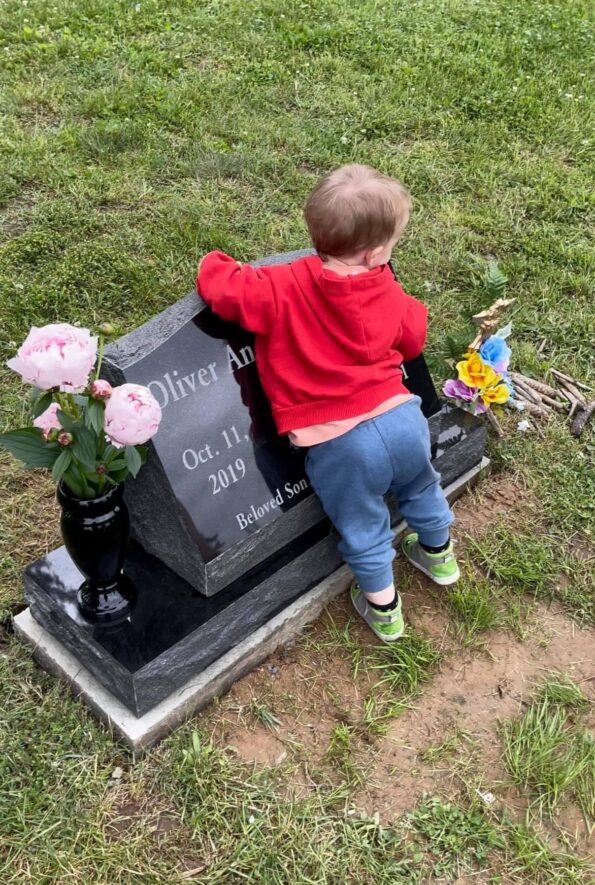