These car stickers were sent out across the world

At no cost to Parents

Read below how many Countries got them

This is the logo for this website Steve added a QR Square under the feet of the Family, in 2019, which links back to this website, over the last three years from 2016 till today of writing this August 2019 Stephen Wyles has shipped these out to Parents across the world as car stickers, as seen on the photo below, but as a free gift to the Parents and their child, born unable to swallow like he was.

When asked why his reply was.

Because of two general surgeons that saved his life in 1962 in a Hospital in England, he wanted to not let their efforts in saving his life go to waste and as a thank- you, to those surgeons he post’s out stickers each year as a gift to others in helping bring about awareness for their children.

This year 2019 in August (His Birthday Month) Stephen has posted out 900 (from 900 made) car stickers in, ones, two’s, Fours, and ten’s (for groups) to 20 countries with five world Surgeons asking to. writing over 447 envelopes.

He has asked that this logo be added here so other Families around the world can save and use it for their own ideas in linking up and bringing about the awareness for the Children and those children not yet born, with this condition.

Remember also that this website is endorsed by leading world Surgeons, as seen below, and was involved in earning Stephen and his Friend in USA Sue Paul two USA Medical Papers as Co-Authors, on an idea Stephen came up with along with Sue Paul and backed by more leading USA team of Surgeons. This website is also involved with other studies running in the USA links for these can be found just above here on link EA Studies.

To use this logo click on it and save it.

What can you use it for? it comes from a website that has earnt the respect of World Surgeons and Parents alike. If you wish to get involved join the Support group and message Stephen or Sue. The link to the group is found above.

One World respected Surgeon requested 15 and was sent that amount, and passed onto other Surgeons in four other countries, showing support for the work this website team is trying to do, and the rest went to other Surgeons at a large conference in India.

5 people asked for 10 for groups, one in Australia wanted to help so cheekily asked for 22 and was sent 22

With a Promise from someone in Australia, he sent 22 to, that they would post to New Zealand if anyone asked.

Photo is of a Car Window Sticker sent to Stephen from a Family in the USA in August 2019. They stick on the outside of the window made by a British firm to Stephen’s high standards. 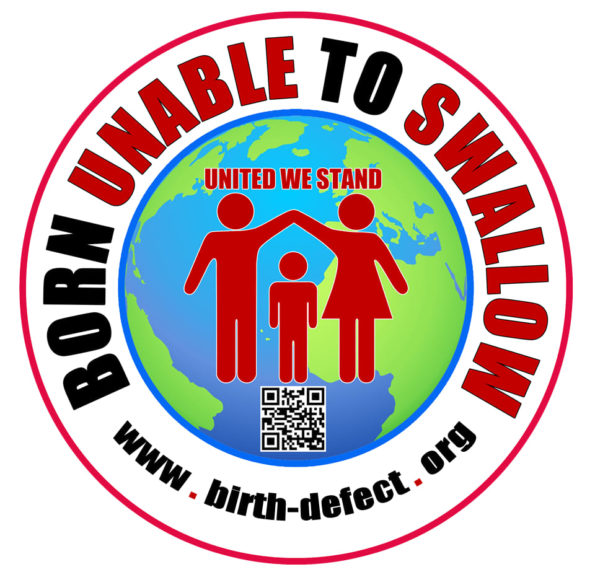 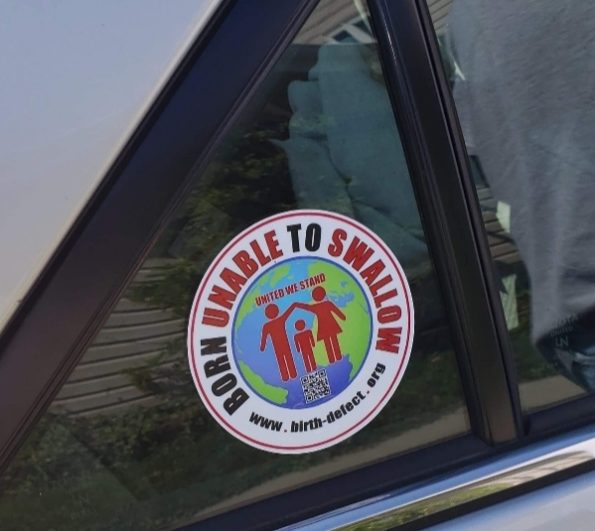 Just a few ideas here for you.

This was taken off Stephens Face book page via his mobile phone after the Mother of this little girl posted her daughter opening the envelope that Stephen had sent to her, which contained 10 car stickers in total for the Ea-Tef group down in Indonesia.

The little Girls Parents gave the ok to turn this post into a youtube video to be used on this site, under the site logo seen being held to the small child’s chest, where she gives out a small child’s squeal, which could not be captured on this small video.

This group as with others can now download the logo seen above and use it for free, so bringing about awareness for the condition.