If you live outside the USA this video might not play for you. Please try to see it.

DENVER (KDVR) — Leo Boer was born with esophageal atresia. It’s a rare birth defect where the tube connecting the mouth to the stomach is not complete.

“We could just see it in his eyes. He was like, ‘Somebody help me,’” said Jasmine Boer, Leo’s mom.

According to Boer, the procedure made Leo’s condition worse and created a larger gap in his esophagus.

Boer set out to find the best doctor to help her baby boy. It’s how she landed in Denver to meet with Dr. Steve Rothenberg, a pediatric general surgeon at Rocky Mountain Children’s Hospital.

“I’ve had other surgeons who have said that to me, like, ‘Bring your son. I’ll fix him.’ And Rothenberg was so honest with me he said, ‘I’m going to do the best I can,’” Boer said.

“I couldn’t even guarantee that he could salvage his esophagus,” Rothenberg said.

Rothenberg performed the minimally invasive procedure of trying to connect his swallowing tube — a 50-50 chance.

Boer flew with Leo on a special medical transport flight to Denver in April. It turned out to be the right choice. The procedure worked, and now Leo has a chance to heal and live a mostly normal healthy life. 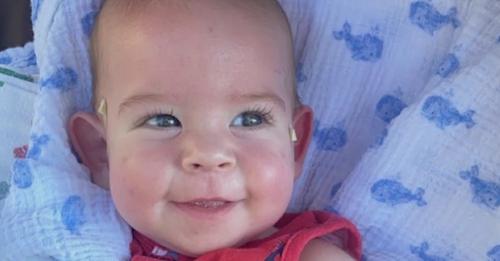 “We prayed hard, and it was a miracle,” Boer said.

It also means Leo will finally get to leave the hospital and fly to his home Iowa, where he will meet most of his family for the first time.

Leo is expected to be released from the hospital early next week.

“He’ll get to meet his grandpas and grandmas for the first time,” said Leo’s mom, Jasmine Boer.

Leo was born with esophageal atresia. It’s a rare birth defect where the tube connecting the mouth to the stomach is not complete.

Boer set out to find the best doctor to help her baby boy. It’s how she landed in Denver to meet with Dr. Steve Rothenberg, a pediatric general surgeon at Rocky Mountain Hospital for Children.
His team answered Leo’s family’s prayers.

“How do you thank someone who saved your son’s life?” Boer said.

Rothenberg fixed Leo’s esophagus in a procedure he gave a 50-50 shot. Now, Leo should be able to live a normal, healthy life — a journey that started Friday.

“It’s bittersweet because I love seeing Leo every day. I’m very happy he gets to go home,” Rothenberg said.

Leo’s parents look forward to taking their miracle baby back home to Iowa and finally have their family of four, including Leo’s 3-year-old sister, under one roof.

“This is something we have hoped and prayed for 224 days,” Boer said.

The Family Head for home, with a good chance Leo will live a near-normal life thanks to the team and Dr. Steve Rothenberg, a pediatric general surgeon at Rocky Mountain Hospital for Children.

If you wish to talk with this Team, Email Steve Wyles @ Birth-defect@outlook.com owner of this website

And he will put you in contact, with this amazing Surgeon.

Leo's journey to a lifesaving surgery

Watch a Film by clicking link

ROCK VALLEY, Iowa — After spending nearly seven-and-a-half months in the hospital, one Rock Valley family was finally able to bring their newborn home.

“Leo was born with something called esophageal atresia,” said Dr. Steven Rothenberg, Leo’s pediatric surgeon at Rocky Mountain Hospital for Children. “It means his two ends of his esophagus, which is his swallowing tube, weren’t in continuity. They were two separate ends.”

Five surgeries later, nothing seemed to be working.

The Boer family decided it was best to find the doctor that could save their baby boy and that’s how they landed in Denver with Dr. Rothenberg.

“We had many surgeons say ‘bring Leo to me. We can help him. We can fix the problem.’ They wouldn’t tell me what they were going to do, though,” said Boer. “Rothenberg was very honest with us.”

Doctor Rothenberg would not guarantee he could salvage the 7 and a half-month-old’s esophagus following his recent surgeries.

He only gave the family a 50-50 shot the surgery would work.

“If he had come to me initially, it would’ve been much easier,” Rothenberg said. “There wouldn’t have been all the scarring, infection, and multiple issues. It did add a lot of complication and I wasn’t even sure I could get the two ends together. That was difficult.”

The surgery, the sixth attempted, did work.

Leo should now be able to live a normal and healthy life.

“You can’t begin to thank everybody,” said Greg Boer, Leo’s father. “Just how many envelopes we got in our church mailbox and at home with no names on them. The calls, the text messages, everything. It’ll blow your mind. You can’t begin to imagine.”

If you’d like to help the family pay off medical expenses, there is a Venmo account set up in Leo’s name.

The funds go directly to the family.