after years of being in other hospitals

DENVER (CBS4) – A little girl from South Dakota spent the last two years in and out of hospitals battling pneumonia. At the end of August, her parents brought her to specialists in Denver.

She had surgery doctors believe will finally fix the problem.

For the couple, that has been living with their 4-year-old daughter, Saige.

“One day she’s fine and the next day we’re in an ambulance ride,” Brianna told CBS4 Health Specialist Kathy Walsh.

Saige and her twin, Sawyer, were born March 11, 2016. But Saige entered the world with two life-threatening birth defects.

Esophageal atresia, her esophagus, and stomach were not connected, and tracheoesophageal fistula, an abnormal connection between her esophagus and windpipe.

The problems were surgically repaired when Saige was 3 days old, but things just got more complicated.

“Lots and lots of stays in the hospital,” explained Brodie.

Her parents said she has had 22 surgeries and countless viral infections. In the last two years, Saige has had recurrent pneumonia. A doctor at home suspected immune deficiency disorder.

The Gravs came to Denver for a second opinion.

“Just have a new set of eyes look at her,” said Brodie.

Doctors in South Dakota referred them to National Jewish Health (NJH). Saige was evaluated and it was recommended she undergo a triple scope at Rocky Mountain Hospital for Children (RMHC).

Three specialists with a joint NJH/RMHC aerodigestive program found a rare recurrence of one of her birth defects. 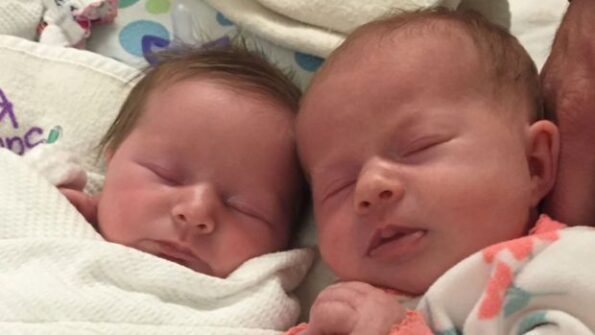 “We found an abnormal connection between the swallowing tube and the windpipe that was allowing liquids, and potentially even stomach acid, to enter the lungs,” said Dr. John Bangiyev, pediatric ENT at RMHC.

He explained that caused pneumonia. Dr. Steven Rothenberg at RMHC performed surgery to fix the problem.

Hopeful that Saige will stop getting so sick. Hopeful that the family can finally live a normal life.