Not all Families have good enough insurance coverage to find the full amount.

Or the Family has to support on in Hospital and still find money to keep the family at home.

To the GO FUND Page

Our little boy needs all the prayers possible! Needing help with the costs of travel expenses as we have to travel to St. Louis children’s hospital where Noah is awaiting his next surgery. He has an issue with his esophagus not connecting to his stomach. He has to have 2 separate surgeries one to clear a blockage just past his stomach and the other to attach his esophagus to his stomach his condition is known as esophageal atresia he either has type c or typed but they won’t know until they go in to perform his surgery please pray for us through this tough time!

The doctors said his chances of survival through this are 30%-40%. We believe God’s will is stronger than this percentage! Noah is going to fight through this and we will have him home! We love you so much baby boy keep being strong for us! We are here forever and always.

Trying to stay positive and keep myself busy currently crocheting an octopus for Noah to have in his isolation ( bed) with him I just pray God takes care of my baby and keeps him safe and healthy. I’m mentally exhausted and overwhelmed with stress. No one really understands the extent of his condition it’s really getting to me when people think they know how Garrett and I feel. This situation is difficult for both of us. I guess let me better explain Noah’s situation… he was born with esophageal atresia which is where his esophagus doesn’t attach to his stomach and he also has a blockage between his stomach and intestines.

Pretty simple fix right? Just open the blockage and attach his esophagus to his stomach and the problem solved right? Wrong. The doctors don’t know if he has type C or type D. 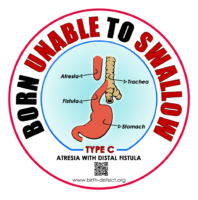 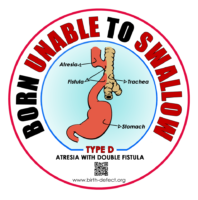 E is the rarest. The biggest issues we face are the fact that he was born prematurely at 29 weeks and his body isn’t strong enough yet.

This is a very risky surgery even for a newborn born at 40 weeks in good health. They won’t know until they open him up to do the surgery what extent his condition is. If his esophagus isn’t long enough they won’t be able to just attach it to his stomach. They have different options one includes using magnets to stretch his esophagus overtime to make it long enough to reach. None of this is simple and it isn’t a quick fix.

This is something that will take months to fix. It is very very risky. He has a g-tube in his stomach (the red thing you see in all the pics) it is to release air from his stomach so it doesn’t rupture. Yes, we are getting help from insurance for our hotel stay and we are getting meal vouchers from the social worker. That doesn’t help with the fact that we still have bills we have to keep up on at home. It’s all a big struggle probably the hardest thing we will ever have to go through. 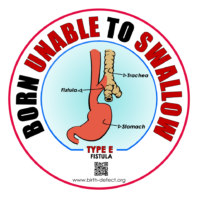 I just need everyone to be aware that it is more severe than him just being a preemie born early. He has a long road ahead of him. The last 2 days they have had to turn his ventilator back up because he keeps forgetting to breathe. Please continue to pray for us we really need it right now. And please don’t get offended if I’m not super happy to talk or if I don’t respond right away I’m trying to get through this the best I can. 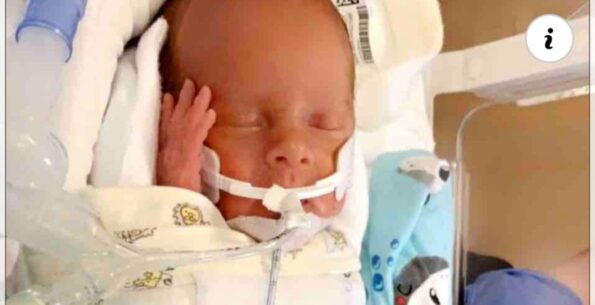 His Go Fund Me Page 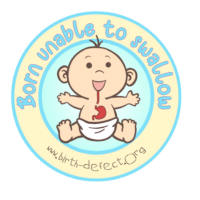 Little Luka was born on January 12th with an unexpected TEF – E/A. Tracheoesophageal Fistula – Esophageal Atresia.  He had his first
TEF surgery on January 13th at just one day old.  He was in and out of the PICU for blue spells and during his current stay at the PICU, he was diagnosed with Tracheomalacia and possibly also has Laryngomalacia. On March 5th he almost went into cardiac arrest so they gave him a trach and g tube and currently he’s been in the hospital for a month now. They also found a blood vessel wrapped around his esophagus that will most likely send him to Cincinnati

Children’s Hospital to repair.
The family will have to buy a new car big enough to hold three car seats and a wagon to transport his breathing machine and equipment every time he leaves the home.  They will also have to move apartments so they will be on the first floor and not have to attempt to navigate stairs.  This little family also has two other small children under the age of three.  With the high cost of daycare and skilled care, Luka will require it is simply not feasible for Mom to work outside of the home. Dad works two jobs in order to support the family but is currently on unpaid leave helping take care of his two other children while Mom takes training at the hospital to learn how to provide care for little Luka.  The parents currently take turns with the little ones at home and staying at the hospital.  This sweet family has a long road ahead.  Any donation small or large would be greatly appreciated and if are unable to donate this please keep this family in your prayers.