I guess you are by now wondering why I have this Charity, on this website.

Over the years of doing these websites, I have come to know about this lady called Christy, like me she was born with the condition of not being able to swallow, unlike other Charity’s where money is raised, and then that helps pay for an office, etc or even the expenses for the directors and lower ranks of the Charity, well like me Christy puts everything back into helping the Families for no self-gain.

So in my eyes, a lady after my own heart, Christy’s Courage Foundation sends money to Boston Hospital to help children there, this Lady helps others and over the few years, I have come to hold a lot of respect for this Lady.

Christy’s Courage is a 501(c)3 non-profit organization, based in Charlotte, North Carolina, specializing in assisting EA/TEF patients with their specific needs for the betterment of their lives, their families and caretakers.

The mission of Christy's Courage is to improve the quality of life for children, adults, and their families with EA/TEF by offering support groups, medical education, pharmaceutical & medical equipment, and holistic treatment resources.

Her Story Born in 1963 Unable to swallow 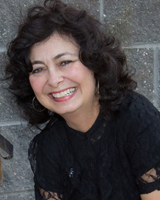 My name is Christy Cook. I was born an EA/TEF baby in Baltimore, Maryland in 1963. Fifty four-plus years ago my “long gap type C journey” began. The first surgery at attempting to correct my unusual birth defect was performed on the very first day of my life at Sinai Hospital by Dr. Jack Handlesman and his team of doctors. Since the gap at the esophagus was too long, the connection was not successful so the gastrostomy tube was very carefully inserted into my small stomach. Thus, the g-tube became my lifeline the next four years. The doctor’s goal was to attempt another corrective surgery when I weighed 25 pounds. Reaching this goal weight sometime during the year of my second birthday, the doctors began contemplating another method for corrective surgery.

During this time, I was in and out of Sinai Hospital numerous times for various medical issues relating to EA/TEF. At one time, all the veins available to be used to inject fluids were depleted. The doctor told my parents that only a miracle could save my life.

A Miracle did Happen!!

The doctor performed an extraordinary surgery to find a deep vein in my groin through which I could receive lifesaving fluids. Also, at times fluids were simply injected under the skin to help sustain my life. When I was around two years of age, Dr. Handelsman performed a colonic interposition in my chest cavity to try to make a connection to my stomach. Unfortunately, the transplant did not succeed. The transplant scarred and “died” in my chest.

For the next few years, my life consisted of gastrostomy feedings and hospital visits. When I was around three years of age, my family decided to move back to North Carolina, our home state. After having my medical records sent to the Chapel Hill Hospital at the University of North Carolina, we made contact with a renowned surgeon Dr. Colin Thomas.

Read more about this amazzing lady click the link below

When Christy Cook was born, 50 years ago, her esophagus was not connected properly to her stomach. “It took 22 surgeries to hook me up the right way,” Cook tells WBTV.

It wasn’t until she was 4 years old that she could really start to eat food just like the other kids her age. Esophageal Atresia, according to the National Institutes of Health, is rare.  It occurs in about one in 4,000 births.  It was years before Cook was able to meet other adult survivors of this birth defect.

“I get chills just thinking about it,” she said.

Now she has started a foundation that she is calling, Christy’s Courage,

The mission of this non-profit based here in Charlotte is to help EA/TEF clients with their specific needs for the betterment of their lives, their families, and caretakers.

“I feel like I” am doing what I was meant to do,” Cook said.

Read Her on going BLOG

I know first hand how her help before Chris lost his life and after he had died did help the whole Family. So if you wish to donate your well-earned money to a charity where 100% goes to helping others, unlike some Charity’s were money is wasted on expenses for directors, and in general not used to the best ideas, then look no further, because like me Christy works full time, and is totally dedicated to bringing about her knowledge in these matters, and were possible helping financially.

I know also that Christy’s Courage Foundation sends money raised to Hospitals like Boston Children and others to allow the children gifts to be handed out from time to time. Click on the Banner link below to donate money to this wonderful Lady.