Trinity was born with Tracheoesophageal fistula (TEF) is an abnormal connection between the upper part of the esophagus and the trachea or windpipe.

Halfway through my pregnancy at my anatomy scan, there was a concern with the size of our daughter’s stomach. They sent me to a specialist who decided it was okay. I had severe polyhydramnios at the end of my pregnancy and they decided it was best for me to be induced and deliver at 37 weeks gestation because of the risk of her cord prolapsing when my water broke.

No matter what they tried, nothing progressed. I opted for a cesarean section four days later. Trinity was born on the 26th of December at 11:19 am weighing 5 pounds 15 ozs 17 inches long. They told me that she could have something anatomically wrong but it was highly unlikely. They reassured me that they would run tests when she was born to make sure she was okay. We were very concerned from the moment she was born.

She sounded like a baby who had a bad respiratory infection and she didn’t look like she was breathing well. I slept for 45 minutes the first night when the nurse took her to do her hearing test. I started having issues breastfeeding her because she couldn’t wake up or stay awake. She lost 9% of her weight by the time she was 2 days old. Despite our concerns, we were discharged when she was two days old. We ended up bringing her into the emergency room at 2 am the morning of the 30th of December.

They thought she was fine when they checked her vitals and thought we were just new parents until they saw what happened when she was fed a bottle. They said that something was wrong with her anatomy and sent us via ambulance to Children’s Hospital of Wisconsin. She was diagnosed a couple of hours after the transfer with Tracheal esophageal fistula and esophageal atresia type c. 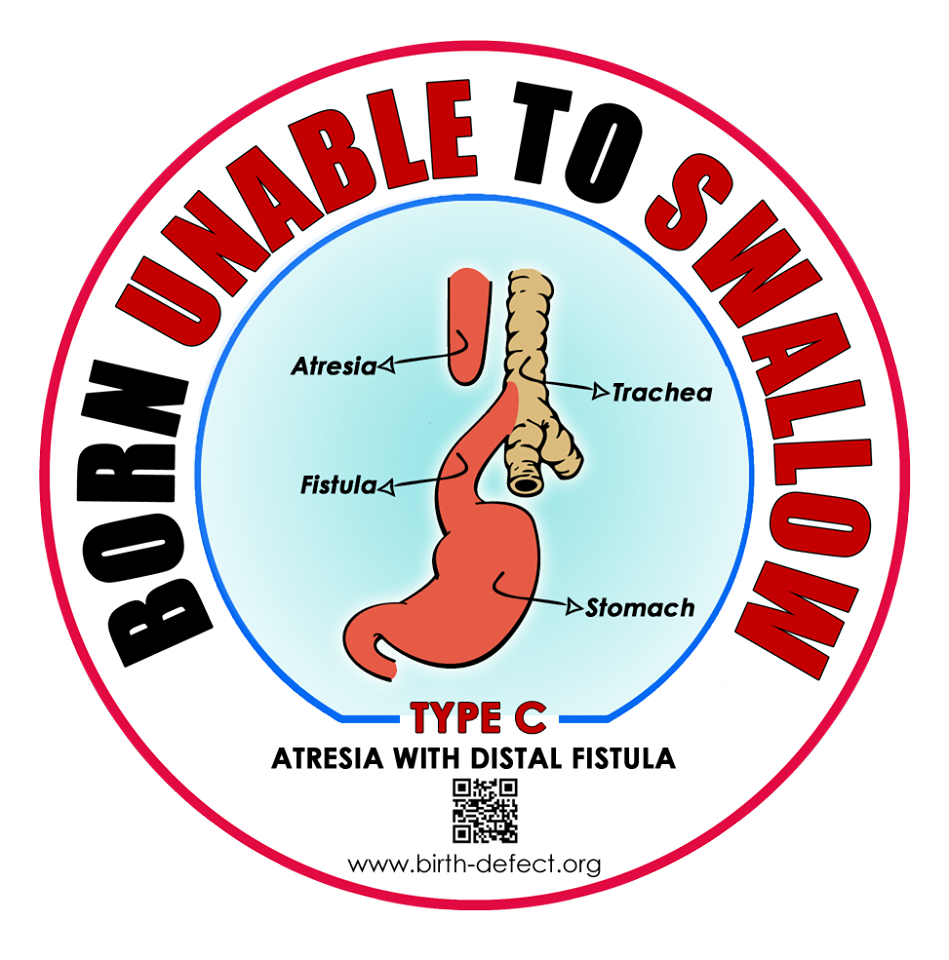 She had surgery to repair her esophagus when she was 7 days old.

She was in the Neonatal Intensive Care Unit for 17 days but spent the majority in and out of the hospital till she was 10 months old. She had reoccurring strictures, reoccurring fistulas, severe tracheomalacia (collapsing/floppy airway), and severe reflux. She had 17 hospital stays, 5 surgeries, and 19 procedures with anesthesia.

After months of being in and out of the hospital with no progress, I called Boston Children’s hospital in desperation for a second opinion. They told me she needed to be transferred to get the care she needed. Boston had 150 surgical patients waiting to be admitted so they told me to contact Dr. Smithers in Florida who used to work at Boston Children’s hospital with the Esophageal team.

I called Dr. Smithers and we started the transfer process. Three long weeks later she was transferred by medical transport. She had a resection of her anastomosis site and a tracheopexy. She spent just under a month in the hospital. So far her new repair site is doing great and has been outpatient for almost four months straight which is amazing considering she could barely make it a week without a hospital admission before her last surgery.

Trinity was born with Tracheoesophageal fistula (TEF) is an abnormal connection between the upper part of the esophagus and the trachea or windpipe.

She has spent most of her life at the children’s hospital in Milwaukee. She had Fundoplication, dilation, and stent placement on the 22nd of July and has had complications from that. She had labored breathing and fever spikes. Sunday, August 23 Trinity was taken back to children’s hospital her oxygen was in the upper 70’s with being on oxygen its sill in the low 90’s.

Trinity has been blessed with the opportunity to go to John’s Hopkins All Children’s hospital in St. Petersburg FL. Since all family and support are in Wisconsin in setting this go fund me page for them so they can have one less burden while they are there. 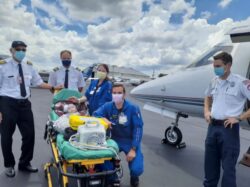 This will help with anything not covered by insurance. The family has been through so much in the past eight months they are trying to get the best care for Trinity.

After 19 long days, we finally made it to Florida. We got here early this afternoon. Trinity is doing good and is still stable. Her doctor ordered a dynamic CT for tomorrow and will perform her posterior tracheoplexy and resection or her esophagus next week. We are staying in an Air BNB because we weren’t able to stay at the Ronald McDonald house.

Transport is coming to get Trinity and I at 7 am tomorrow morning to take us to the plane to go to Florida.

A Personally Message from Steve Wyles owner of this site.

I have been able to help this family by getting a top USA Surgeon to advise on the best way forwards by reviewing the medical records and advising the other team of Doctors free of change the best way to move forwards. This Surgeon was Dr. Steven Rothenberg.

This is a young Family and needs our help. 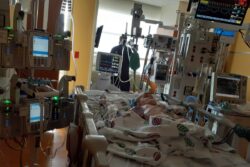 The nurse came in to update us a little bit ago. They are going to lower Trinity’s sedation meds to make sure she’s fully awake around 12 pm. At 1 pm they are going to extubate her from the vent and see how she does. She’s been wide awake for a while now and so ready to have that tube out. She’s very vocal normally and with the tube, she can’t make a sound and she hates that the most I think. I can’t wait till it’s out so I can hold her(when she has the breathing tube in we can’t hold her ). Since they aren’t extirpating her till so late in the day the nurse said she’ll probably stay in the PICU another night to be monitored and if everything goes good she should be able to go to an acute care floor sometime tomorrow.

Trinity did well through the night. They have been weaning her off the vent slowly and she is only getting a little help for it now. She has been waking up on and off since late last night and this morning has been awake a lot. I think she’s ready for the tube to be out. One of the surgeons came around a little while ago and said they still hope to extubate (take out the breathing tube) today. They should be coming back soon to tell us the plan for today.

Mum and Dad would like to thank the – Tef – Team at the Children’s of Wisconsin Hospital, 8915 W Connell Ct, Milwaukee, WI 53226 USA for working with a Surgeon from outside their own Hospital, and all the staff involved with their Daughters care.