when can our baby go home

The Very big question most Parents would like to ask?

But what if the Hospital can not give a date?

For some brave families life changes overnight, but because of others around them, living in a Hospital becomes normal, but the question is still When can we take our Child home.

The Photo is Eden-Olive Gee before her ops.

A nine-month-old baby who has spent her entire life in the hospital is finally set to go home. Eden-Olive Gee is set to have an operation which could solve her oesophagus and stomach problems.

A precious nine-month-old girl who has spent her entire life in hospital is finally set to return home – providing a crucial operation is deemed a success.

Eden-Olive Gee was born with a condition known as oesophageal atresia which meant the top part of her oesophagus was not connected to her stomach.  At just two days old she needed a lifesaving, five-hour operation to correct the problem. But doctors also discovered that Eden-Olive lacked an essential muscle responsible for keeping food down which gave her the “worst case of reflux” they had ever seen.

Another condition she has, called tracheomalacia, can stop her from breathing and lead to her turning blue when she cries. But on June 12, at exactly nine months old, the brave tot is set to undergo a pioneering operation. Eden-Olive’s mum Michelle Reeves, from Barry in Wales England, said: “We’ve had setbacks and tears along the way. “Although we are still in hospital we enjoy every second of her. I still can’t believe we made such a strong baby.” During her scans, mum Michelle was told her baby could be suffering from oesophageal atresia but they wouldn’t know for sure until the baby was born.

“Each time I went to the hospital I would go home in tears,” said Michelle, 33. “I loved my baby but I was petrified of her because every time I saw her on the scans I was being faced with more bad news.

“Pregnancy should be a happy, exciting time for a mum, but it was the most frightening thing that had ever happened to me.”

At what was to be her final scan at 35 weeks, the baby was showing signs of distress and just after 8 pm that same evening, Eden-Olive was delivered by emergency c-section weighing 3lb 8oz.

Michelle said she only had time to kiss her newborn baby’s tiny hand before she was taken away. “I felt numb. The most important part of me had been taken away. I didn’t get to see her until late the next morning.” An X-ray confirmed that Eden-Olive did have oesophageal atresia, a condition that needs urgent correctional treatment. 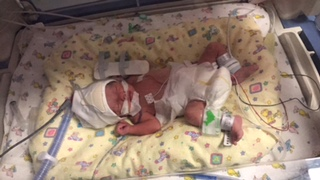 All Michelle and doting dad Wesley Gee, 37, could do was sit by her cot in intensive care and read her stories. Eden-Olive spent four-and-a-half months on the neonatal unit before moving to Island ward at the Noah’s Ark Children’s Hospital for Wales in Cardiff

Eden-Olive with her mum Michelle Reeves, dad Wesley Gee and brother Jesse “I feel very strongly that Eden was meant to be mine and that I was meant to be here to help her through this,” Michelle added. “I’ve gained friends for life on the neonatal unit and I’m so grateful to the staff.”

Being at the specialist hospital let her “experience some of the normal things mums get to do”. She said her “soulmate” Wesley has been there through the “darkest of times” and her stepson Jesse has been “so brave”.

On June 12, Eden-Olive will undergo a surgical procedure to allow her to have food in her stomach for the first time but will have to be fed through an artificial external opening into the stomach until she learns to eat and drink herself.

On Friday, June 8, just four days before their daughter’s operation, Michelle and Wesley will get married, with Jesse and Eden-Olive – who will have five full hours away from the ward for the occasion – as their guests of honour.

“We went into the council offices to sort out our council tax and came out with a date for our wedding,” Michelle joked. “We want to be a proper family unit before Eden-Olive has her big operation and by doing that it feels like we’re looking forward to what I hope is a positive future.” 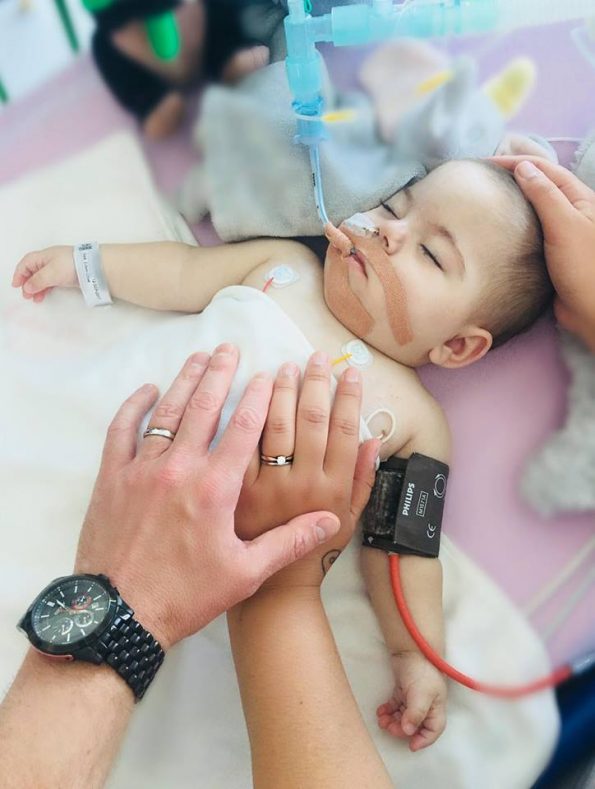 Michelle said she has experienced such kindness from people since they made their wedding announcement.

“A lovely lady called Samm Buca from Pink Butterfly Brides in Bridgend even gifted me a wedding dress and shoes, and the only thing she asked in return is that I take Eden in to see her when she leaves the hospital,” she said.

“I’ll always be indebted to this hospital for saving my daughter’s life.” In addition, the Noah’s Ark Charity has also been able to provide wedding flowers and a night away for the couple this weekend.

The Noah’s Ark Charity support families like Eden-Olive’s by funding lifesaving equipment, facilities like the sensory room and garden, and family support services like Juliet and the play specialist team.

To find out more about how you can support the charity’s work in its 18th birthday year, visit

Welcome to Noah’s Ark Children’s Hospital Charity, open to read about the good work they do.

(Mum and Dad sent me this photo this was after she had the Nissan Fundoplication, to me she is giving Mum and Dad the thumbs up…) 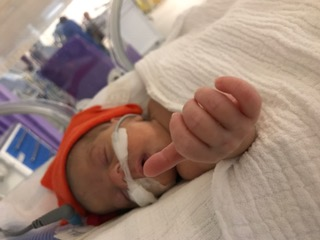 As a small charity, we rely entirely on the public’s ongoing support. By making a donation to the Noah’s Ark Children’s Hospital Charity, you are investing in the future of our nation’s children.

A One Off Donation